Lay Off My Latte (and Other Millennial Musings)

To preface, millennials were born between approximately 1980 and 1999.  The oldest are mid 40s, and the youngest are in their 20s.  It's not just "anyone younger than me." 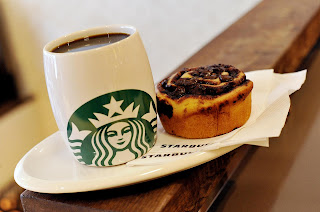 Frothy milk, chai tea, cinnamon, whipped cream, a million shades of deliciousness.  It's $5 a cup, sure, and once a week lands around $300/year.  Twice a week, $600 per year.  How is cutting my weekly latte possibly going to help me afford more than a tiny bite of the thousands of dollars per month in rent or student loan repayments?  Correct, it won't.  Those dollars spent do, however, bring me a large amount of joy.  Also note how often it's purchased in groups; grabbing a latte together is a means of connection.

It's the same story for avocado toast.  Just let it go already.

All that phone time...

Interestingly enough, almost all of it is spent connecting with friends and family across multiple continents.  Sometimes I have a week where I've found a game I want to play, and sometimes I'm using my phone to read a book, but usually I am actively communicating with someone important to me.

Also note my phone is always on vibrate.  It doesn't interrupt, and it stays in my purse during meetings.  That's not something I can say for my parents.

Owning a house is no longer accessible for everyone.  Inflation raised prices on everything, including houses.  An average starter home (2 bed, 1 bath, under 1,000 sq ft) in my county is $250-300k.  At $15/hour, 40 hours a week, 52 weeks a year, that's only $31k a year - which still has to cover taxes, rent, food, etc.  How is a single person expected to cover the $60k down payment on a starter home?  Unless they work multiple jobs, they literally can't.  I certainly had to be creative when I moved.  We need more affordable housing.

I'm so grateful to my parents, who let me continue to live at home with them and save every penny to buy my first house.  Of course, "moving back home" is looked down on, too.  You cannot win.

Your student loans, your problem...

I am tired of hearing "I worked while I was in school, and I covered my own costs, so you all could have, too."  I had an academic scholarship and lived with my parents to save, so me too, and I still don't want to hear about it.

My entire generation got to grow up hearing they would be worthless and make nothing of themselves without a college degree, and entry level roles now require it.  Meanwhile, they were forced to take out loans three times the size of their potential starting salaries with high interest rates and no hope of paying it back quickly.  None of them wonder why they can't afford a house!

I don't want to do mindless and tedious tasks.  They're a waste of time.   Automation is my friend.  We aim to be effective and efficient, using technology to our advantage.

We don't want to spend time "talking at the water cooler" with people who aren't a priority in our lives and who are simply there due to forced proximity.  When you cut the two hours a day wasted chatting and attending inefficient meetings, yeah, we don't need to be at work as long as our predecessors to accomplish the same amount of work.

Have you met the millennials who have multiple jobs just to pay rent (since they can't afford houses, as established) which has also gone up sky-high?  I have.  I wouldn't call them lazy in a million years.

Everyone gets a trophy...

Who gave out the trophies?  Certainly not me or my cohort.  No, it was parents who wanted to make sure "their children felt special."  Or whatever.  That being said, all my participation trophies went into the trash ages ago.

Nothing.  Markets change, tastes change, and a business being unable to adapt is not the fault of a generation.  We aren't going to settle when there's something better out there.

I literally can't even.  I'll be over here enjoying my latte.

Frugal means sparing or economical with regard to money or food. Reckless means without thinking or caring about the consequences of an action. How can you be frugally reckless? It seems impossible. A perfect oxymoron. It’s not, though. It’s the best lifestyle ever.